As we enter the final month of the MLB regular season and teams are starting to be decided in regard to the postseason for the chance to compete for the World Series, there will be a sense of urgency from some of the franchises that are still in the hunt.

However, for some of the organizations, their place in the playoffs appears to be secure and some of them will be thankful for the efforts that certain individuals have been able to produce throughout the entirety of the campaign.

MVP Awards in MLB are prestigious

Indeed, the MVP Award is a prestigious recognition for those that compete in the MLB, with it being a sense of acknowledgment regarding their contribution to their team throughout the season and highlighting just how crucial they have been to their franchise and the achievements that have been accomplished.

The Major League Baseball MVP Race is a popular part of the sport, too, as many associated with baseball – whether that be those that compete, fans, journalists, and even sports bettors – as it adds an element of excitement to the game and leaves everyone being able to enjoy a healthy debate.

However, it could be argued that there is no debate this year regarding the respective winners of the American League and National League MVP awards. This is because many believe that it is a foregone conclusion in both instances, with a clear winner for each accolade, and impossible to even try and argue for another candidate.

So, who are the two all-but-guaranteed winners? Aaron Judge and Paul Goldschmidt.

The New York Yankees appear to have been able to ride out the wobble that they have been experiencing recently, however they have only been able to do that and remain comfortable in the AL East because of the performances from Aaron Judge.

Indeed, he is on track to achieve new records this season after a strong August for the Yankees, and this appears to have further solidified his position as the AL MVP. For the millions that continue to watch him live and are betting online as he hits the field, it is hardly a surprise to find out that he has odds of -1613 to win. To put some context on how far ahead he is in regard to being the favorite, his closest challenger is Shohei Ohtani – last year’s winner – who is priced at +500 presently.

When taking a look at the NL MVP award, Paul Goldschmidt’s chances of obtaining the accolade appears to be even more solid than Judge’s, with the St. Louis Cardinals’ first baseman currently favored at -2,000 whereas his closest rival is valued at +2200 (Nolan Arenado).

Goldschmidt is currently enjoying his best ever season in the MLB at the moment, and he could end up capping it off by achieving the Triple Crown. If he were to do that, he would become the first National League player to do that since 1937 when Joe Medwick did it.

The veteran has revealed that he does not care too much if he manages to achieve it, although his performances will certainly have pushed him into the spotlight and the Cardinals will be hoping it continues for as long as possible as they look to try and clinch a playoff berth and challenge for the World Series.

While the MVP race is undoubtedly one of the biggest things to watch aside from the main action on the baseball, especially as the MLB has two awards rather than just the one that other professional sports in the US have, there is no denying that we already know who the two winners are this season.

Of course, things can change but there would need to be something so drastic for that to happen, and with the way that Aaron Judge and Paul Goldschmidt are playing at the moment, it would seem almost impossible not to see them walk away with the honors once the season comes to an end.

Nonetheless, while it will be a sense of personal achievement, you can count on each man wanting to guide his respective team to the World Series and end up World Champions. 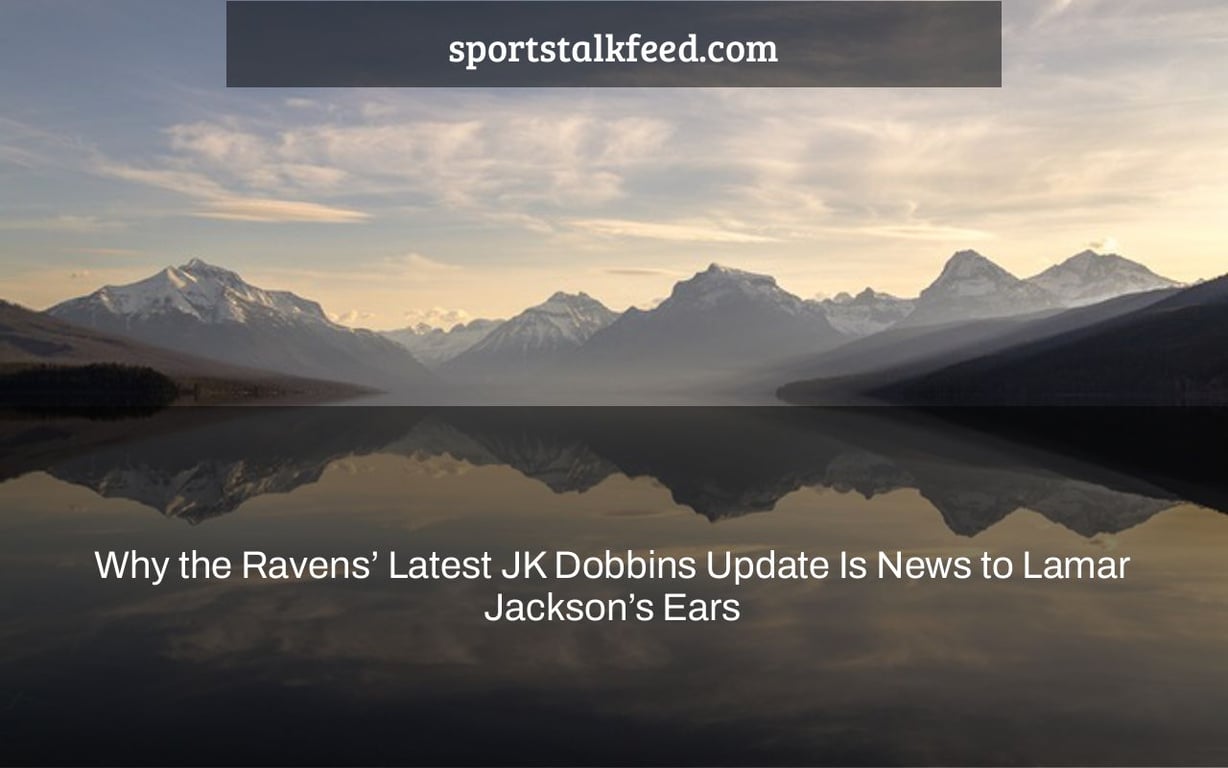 Terry Ward - March 7, 2022 0
The Ravens’ latest update for their running back Lamar Jackson is news to his ears. Dobbins had a whopping 29 carries and five scores...

LeBron James Is Notorious for Whining Too Much, but Former NBA...

LaDainian Tomlinson Once Turned Down the Madden Cover but Not Because...

Washington QB Taylor Heinicke is Suddenly $125,000 Richer Thanks to a...